Analysis, Politics - 06-Nov-2020
Will the Madhya Pradesh Bypolls Mark the Possible Decline and Fall of Jyotiraditya Scindia?
After bringing down the state’s Congress government this March by joining the BJP, Scindia now has to prove his influence if he is to be accepted within his new party’s system. 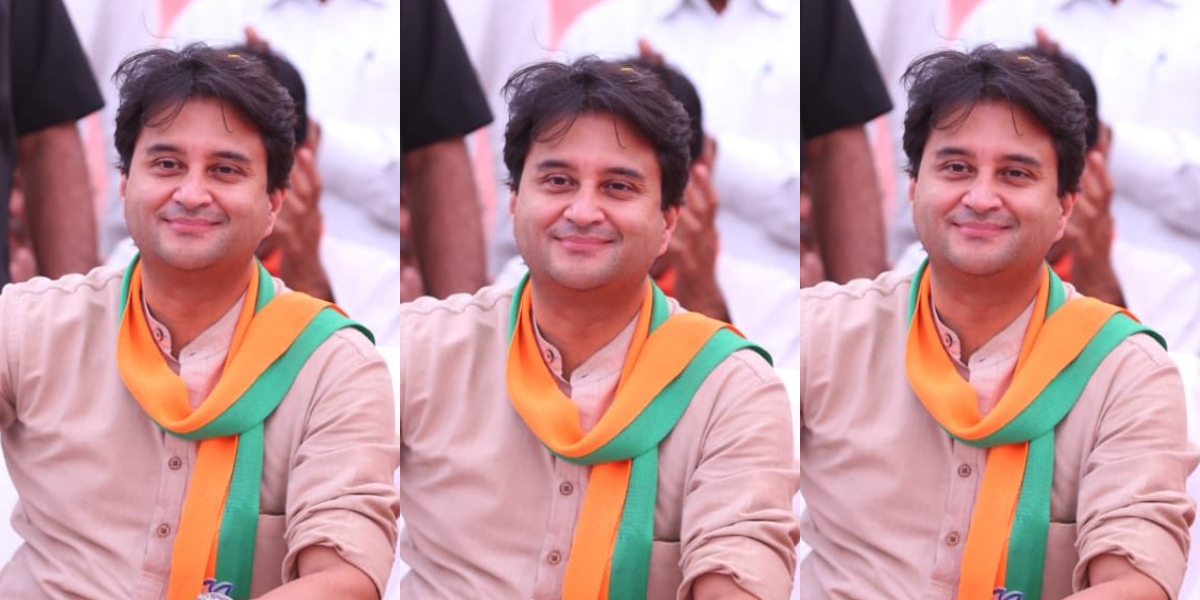 Bhopal: Whichever way you look at it, Jyotiraditya Scindia’s decision to quit the Congress party for the BJP in March 2020, appears to have been poorly thought out at best and disastrous at worst.

One of the descendants of the erstwhile royal family of Gwalior, used to being addressed as ‘maharaj’, Scindia is now commonly referred to as ‘gaddar’ (traitor), not only for quitting the Congress but also apparently ‘masterminding’ the distribution of Rs 35 crore to each of the 22 Congress MLAs who moved to the BJP with him and thus brought down the Congress-led government in Madhya Pradesh this March.

Now reduced to dramatically stating: “Haan, main kutta hoon. Janata ka kutta (Yes, I am a dog. A dog for the people),” Scindia was sidelined as a campaigner in the most important by-polls in the history of Madhya Pradesh – the first time in the state and possibly even in India that 28 seats went to the ballot prematurely and could make or break the government. The votes have been cast and the winners will emerge on November 10, but it seems that Scindia has already lost.

When campaigning for the by-polls began, Scindia was not invited to support BJP candidates beyond the 16 constituencies up for polls in the Gwalior zone. His photograph was not used in the BJP’s campaign posters; instead, they carried images of Shivraj Singh Chouhan, Narendra Singh Tomar and even Vishnu Sharma, presumably for fear of the ‘gaddar’ sobriquet being turned on the party

“Pictures don’t make a difference. I am now a patriotic BJP ka sipahi (soldier of the BJP),” Scindia has said several times to news channels. But only a clean sweep by the BJP in the Gwalior region will somewhat re-establish the Scindia hold and this appears easier said than done.

In the 2018 assembly elections, the Congress won 27 of the 34 Gwalior seats, which is the best it has ever done. In none of the preceding elections, which the BJP had won, could the Scindia magic deliver more than 12 of the 34 Gwalior seats. In these by-polls, the BJP has left it entirely to Scindia to deliver Gwalior. The party’s usually hardworking ground force appeared to have taken a break. Scindia’s closest ally, state cabinet minister Pradyuman Singh, was seen on videos circulated on social media falling at the feet of an apparent Congress worker, begging him to campaign for him.

Surveys by local news channels estimate that Scindia’s presence will win the BJP five of the 16 Gwalior seats that are up for by-polls. Should 10 or 11 ‘paintees-karodis’ (those who were allegedly given Rs 35 crore to defect) lose, Scindia will likely be placed permanently on the BJP’s backburner.

In any case, there are no positives for Scindia in the BJP for the time being. Union minister Narendra Singh Tomar does not want the former Congress leader to become the BJP’s undisputed leader from the Gwalior region. The BJP seniors like Prabhat Jha and Narottam Mishra fear his influence in Gwalior – their opposition to Scindia was their raison d’être. To partner him now would be a bane they can do without.

The 22 Scindia MLAs were all hardcore Congress people. For them to find their feet in the BJP seems next to impossible. None of them appears ready for the ‘Bhajapa-RSS Sanskriti’ (BJP-RSS culture) and those who are willing to adapt will probably have to look for new godfathers and abandon Scindia. Jyotiraditya Scindia would have done well to recall the fate of a taller leader like the late Vidya Charan Shukla, who had joined the BJP in 2003 with the backing of Atal Bihari Vajpayee, but was never accepted in the system which ensured his defeat in the Lok Sabha polls and put an end to his stint in saffron.

Scindia’s possible decline is being further accentuated by the fact that his erstwhile rival in the Congress, Kamal Nath, has now emerged as the undisputed leader of that party in the state. Digvijaya Singh has cleverly announced that he will play second fiddle to Nath. He is wise enough to know that now, the entire Gwalior belt is at his disposal. Both Nath and Singh are 74 and the next in line within the Congress – and thus No. 3 in the race for possible chief ministerial candidates – is Jaivardhan Singh. Scindia thus gave up his No. 3 position in the state Congress for No. 10 in the state BJP.

Former minister Balendu Shukla was Jyotiraditya’s father Madhavrao Scindia’s closest friend. But he did not get along with Jyotiraditya and quit the Congress 11 years ago for the BJP. After Jyotiraditya joined the BJP this March, Shukla returned to the Congress. He told The Wire: “It’s [joining the BJP] the most ill advised move he could have made. A good politician would have stuck around and waited for his chance. He has fallen for the advice of those who saw their own short term gain in it, rather than his.”

If Jyotiraditya Scindia does disappear into the background, the damage will live long after the results of these elections and will continue to impact all coming elections. The Scindias will no longer be able to fight elections as erstwhile royalty. Should they remain in politics, they will campaign like commoners.