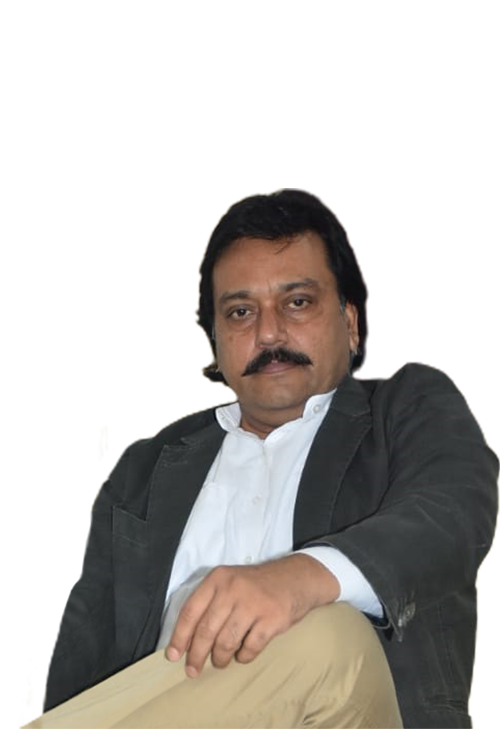 Neeraj Mishra in an Indian journalist and a former Resident Editor of The Pioneer, Hindustan Times, Bhopal and Consultant Editor of Tehelka. He is the most influential English language journalist from central India, writing reports and columns espousing the cause of backward communities, regions and small towns in English language magzines, dailies and websites.

He was born into a chaste Kanyakubja Brahmin family on 23 February 1967 in Bhopal, Madhya Pradesh but is a Chhattisgarhiya by ancestry and mindset. He grew up partly in his ancenstral village of Gariyaband in Raipur district, Bhopal and Delhi. He received his early education at The Raj Kumar College, Raipur(CG) and later attended St. Stephen's College, Delhi, graduating from the latter in 1987. He thereafter went on to earn an Ll.B from campus law Centre, DU and an advanced diploma in journalism from Westminster University, London, UK.

He joined the BSF as Assistant Commandant in 1990 but returned to Delhi to pursue his first love jounalism where he joined Vindo Mehta's newly re-launched The Pioneer in 1991. He has played cricket at the national level and for his college in the Delhi University league. He was one of the School captains of his 135-year old British origin boarding school and later member of the St. Stephen's College student's union cabinet.

He started his career with The Pioneer as a sports journalist and was amongst the youngest ever to cover a Test match, Olympics and Football world Cup in the same year. He switched to features and politics later joining The Indian Express in Delhi, Where he worked for five years in various locations including Ahmedabad, Bhopal and the North East. His longest innings has been for India Today where he worked for ten years in Delhi and Bhopal. He was instrumental in the launch of India Today Hindi (MP and CG). He has also worked and reported for The Sunday Times, London, AFP, Outlook, rediff.com and Tehelka. He later became Resident Editor of The Pioneer and The Hindustan Times in Bhopal and has got joined Consultant Editor of Tehelka before it closed down.

After his disappointing ouster from Hindustan Times in 2007 his career took a 360 degree turn and he joined Essar group as President (central India) looking after its business interests. He provided the backbone in successful commissioning of a Greenfield 1800 MW power plant at Bandhaura, MP from scratch. He has returned to his roots since and is a successful paddy farmer, practises law and writers columns and reports for The Wire and India Legal.

With a mixed family background in politics-father was Congress office bearer and mother chairperson Welfare Board under Raman Singh-he has been frequently found to be on the wrong foot with both major parties. His personal equations with Ajit Jogi and Digvijay Singh notwithstanding he was equally well regarded by Uma Bharti, Raman Singh and Sundarlal Patwa. A major rift with Shivraj Singh Chouhan led to his ouster from Hindustan Times in 2007. He believes that leaders are more important than ideologies which merge at the top in any case.

He is married to Sangeeta Rasaily a former classmate and daughter of the first Dalit chief secretary of any state in india. His family resides in Gariyaband, Raipur and Delhi.