Analysis, Politics - 01-Aug-2021
Why Chhattisgarh Will Never Be Declared a 'Dry' State
Liquor sales bring in about Rs 500 crore every month to the exchequer. However, only 12% is spent on development. 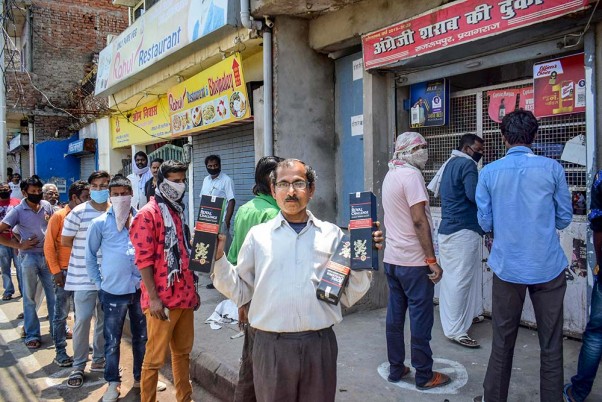 Raipur: The discussions in the ongoing assembly session and the fiscal balance sheet of Chhattisgarh reveal one unalterable truth: the state is never going to be declared ‘dry’.

This is despite the promise Congress made in its manifesto in 2018 that it will impose a ban on liquor because it has become a social problem. Congress even made a song – which many called derogatory – about the evils of liquor and its impact on the state’s population, blaming it on the then chief minister Raman Singh.

The Bharatiya Janata Party (BJP) has since not let go of the issue, and moved a private member’s Bill on Friday, July 30, for the imposition of a ban on liquor from January 1, 2022. The discussion that followed is nothing short of enlightening.

Chief minister Baghel said the BJP lied that Congress had made a promise of prohibition of liquor. He defended the decision to operate liquor vends through police personnel and starting a home delivery service during the COVID-19 period. The reason for the service, he said, was to keep people from drinking spurious liquor.

Defending the government’s decision to not impose a ban on liquor, forest minister Mohammad Akbar, speaking for state excise minister Kawasi Lakhma, said that three committees had been formed to review the possibilities of closing down liquor vends in the state. But the BJP should instead remember its own promise to deposit Rs 15 lakh in every account, he also said.

Akbar also observed that several states have experimented with liquor ban with disastrous results. However, the so-called review committees have never met.

The real reason for the sharaab bandi (liquor ban) promise never coming to fruition appears entirely to be fiscal management.

Liquor sales bring in about Rs 500 crore every month to the exchequer. The state can hardly let go of its star revenue earner. The target for this year is Rs 5,200 crore, which will easily be exceeded.

The other two major revenue earners are stamp duty and mining royalties. However, those sectors lagged behind after the COVID-19 pandemic hit the nation. But revenue from liquor sales have kept the state afloat, allowing the government to distribute salaries.

The Comptroller and Auditor General of India (CAG) has found that only about 12% of the state’s annual revenue is used for development and new projects – the lowest in the country.

The state is finding it difficult to meet its promise of offering farmers Rs 2,500 per quintal of rice as against the mandated minimum support price (MSP) of Rs 1,940 for this year.

However, money from liquor sales might be allowing the state government to fulfil its promise to farmers. The bonus amount of about Rs 600 over and above the MSP is being paid in four instalments.

The discussion on liquor ban was closed by speaker Mahant Charan Das with an odd poem which might come back to embarrass him one day: “Mujhe Masjid mein baith kar peene de Ghalib, ya woh jagah bata jahan khuda na ho.”