Analysis, Politics - 08-Dec-2020
Farm Laws: What the Centre Can Learn From Chhattisgarh's Raman Singh Era
The reason a majority of Chhattisgarh farmers are not up in arms against the farm laws is because it is the only state that has a system in place to effectively procure paddy. 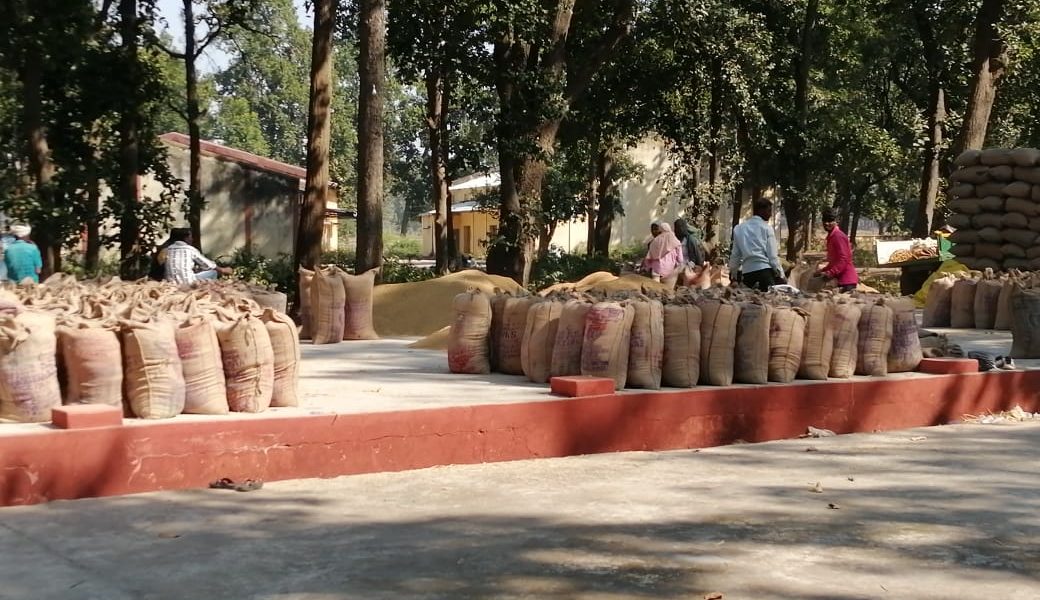 Gariyaband, Chhattisgarh: On December 8, when farmers and others across the country observed a Bharat Bandh against the new farm laws, it was business as usual at the Gariyaband Mandi. Although members of the ruling Congress party had forced shops to close down across the town, farmers in the state are the only ones in country who have not joined the protest against the agriculture laws, even though they do stand to be affected by it as much as others.

The reason behind Chhattisgarh farmers’ reluctance to join the movement is perhaps the fact that this is the only state in the country which completes its Kharif procurement by paying the minimum support price between December and March. Farmers receive their money in their accounts within 15 days of  selling their crops in the mandi.

In spite of the bureaucracy, the Chhattisgarh mandi system is the only one which procures 80% of the total paddy produced in the state and pays the farmer at the gate. For comparison, other states manage to procure 6 to 20% of the crop and the money is not paid upfront.

If Prime Minister Narendra Modi needs any reason to retain the MSP, his government has to only look at his own party’s experience in Chhattisgarh.

The MSP regime changed the economy as well as general health of the state in a decade and half but the BJP also lost because the Modi government was adamant on not allowing the state to pay anything above the MSP after it came to power in 2014. In a well thought out manifesto designed by T.S. Singhdeo, Congress promised Rs 2,500 per quintal in place of the Rs 2,100 ( Rs 1,800 as MSP and Rs 300 bonus) being offered by BJP and swept the 2018 Assembly elections 68-15 in a house of 90.

The system has its faults and there have been frequent allegations of misuse and manipulation by traders, but eventually, over a period of 15 years, the Raman Singh-led BJP government improved the condition of the marginal farmer.

In 2018 – the last year of Raman’s rule – Chhattisgarh produced an estimated 120 lakh tonne of paddy of which the state procured 80 lakh tonne from 20 lakh farmers. In the first year of  Baghel’s government, in 2019, the figure of procurement went up to 90 lakh tonne even though the number of farmers reduced to 17 lakh and the rakba or arable land also shrunk by about 15%. But more crops reached the mandi because of the attractive MSP of Rs 2,500 – a figure arrived at adding Rs 650 under the Rajiv Gandhi Kisaan Nyay Yojana to the current MSP of Rs 1,850. 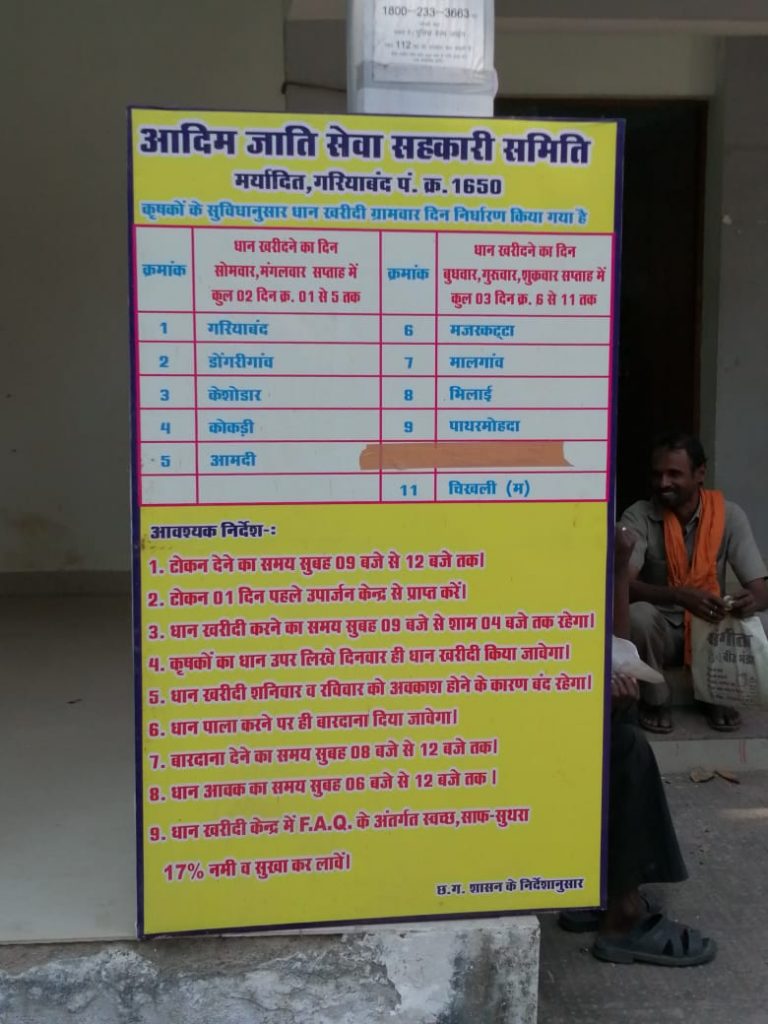 The APMC mandi at Gariyaband in Chhattisgarh. Photo: Neeraj Mishra

Farmers generally keep 20% of their produce for seed and consumption, so that would mean that very little reached the free market, which in any case could not match the Rs 2,500 procurement price. The going market rate is still not more than Rs 1,500 for the best paddy.

How to minimise interest on RBI loans

The credit, of course, goes to Raman Singh for having built and sustained a system over a long period. Between 2004 and 2018 there were several changes and improvements in the process. From receiving cheques to direct credit transfer, computerisation of cooperative banks, increase in mandi capacities and network to building new warehouses, distributing rice through the PDS system, the changes have been enormous.

Several fortunes were made in the process, it is suspected. But in the end, the farmer received his share and 56 lakh families received 35 kgs of rice at Re 1 every month without fail.

There are two key questions which The Wire asked Raman Singh. Where did he get the money for the MSP and on hindsight what are the weaknesses in the system his government devised?

Singh said, “We required about Rs 20,000 crore annually for our procurements and the RBI gave it free of interest for four months. After that, with the interest, it amounted to Rs 900 crore a month. At that time the procurement would easily take six to nine months so the interest burden itself would be killing for most state governments. We devised a method to complete the entire process within four months and save on interest payment. The rest was managed through our revenues and receipts.”

Not all the facets of procurement are clear to all its participants.

“The people at the computer keep making mistakes, for which we have to suffer,” said Mankuram, a farmer from Patharmonhda village, who admits to often not understanding the paperwork. “The government has been trying to buy less from us by imposing restrictions on quantity and deliberate reduction of sown area through patwaris,” another farmer from Amdi village said. 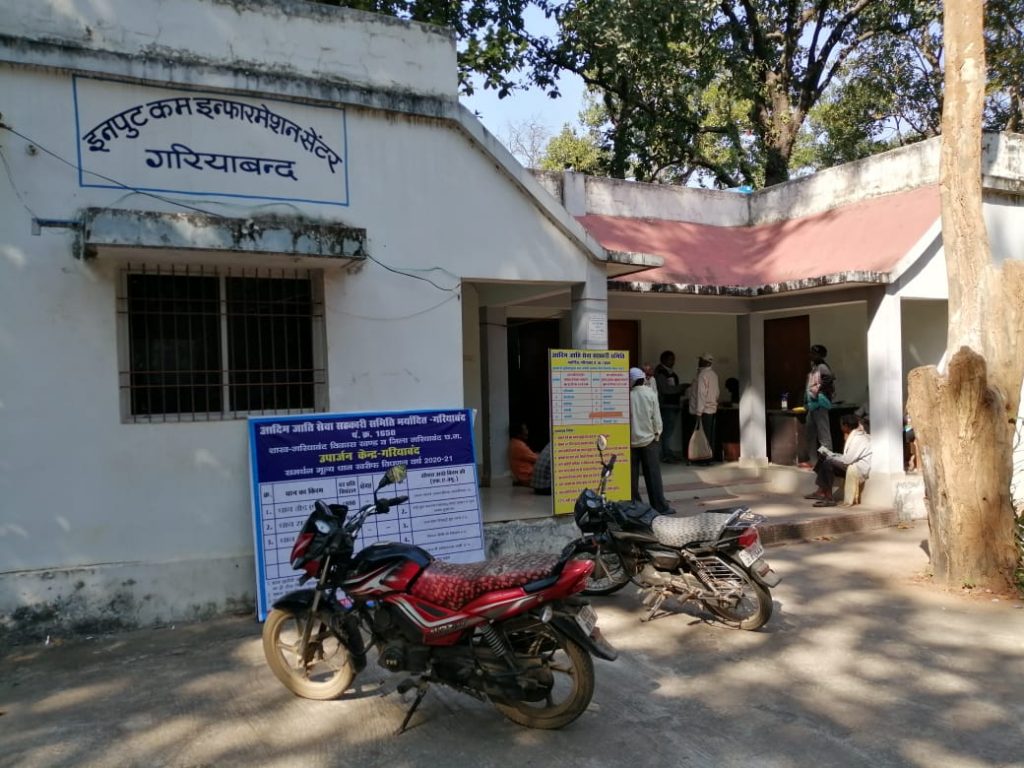 Farmers at the APMC mandi at Gariyaband in Chhattisgarh. Photo: Neeraj Mishra

There were more issues.

As procurement grew, the problem of storage presented itself. The combined storage of the FCI and the state was only about eight lakh tonne in the early years which has now grown to close to 30 lakh tonne. “We managed because FCI stock keeps rotating at least thrice a year. We had to store about 25 lakh tonnes for our PDS so we devised a smarter method. We supplied to ration shops and gave the PDS system a three-month advance supply,” said Singh.  The method is still in place.

A result of this also meant that FCI takes most of the stock from the state for PDS distribution in other states. While other states lag behind in the procurement and milling processes, Chhattisgarh has a supply. So FCI buys between 40 to 60 lakh tonnes of paddy from the state’s total collection. For instance, this year, the FCI bought 60 lakh tonnes out of a total of 90 lakh tonnes. The remaining was needed by the state for its own PDS. This is also how farmers are paid on time.

Singh said, with some candour, that there are weaknesses as well. “I believe that our ground staff was not very careful in distribution of ration cards but that, at any rate, comes after procurement. I also believe that our excise revenue went up because of a healthier economy,” he said.

That’s putting it mildly. Excise revenue has grown five fold in 17 years and today stands at Rs 17,000 crore. Most of this is powered by the Re 1 rice which comes back to the millers and ration shops at Rs 15 and then to the market at Rs 50. The growth of liquor vends and consumption of liquor has also grown phenomenally. Stock at the APMC mandi at Gariyaband in Chhattisgarh. Photo: Neeraj Mishra

There are other drawbacks.

The change in crop cycle or Fasal Chakra Parivartan that the state has been trying for a while, which led to a record produce of corn, pulses and sesame has received a severe set-back as farmers are now again going back to paddy cultivation in a big way because of the attractive MSP of Rs 2,500.

Paddy requires less investment and almost the entire crop is procured by the state, which is not the case with maize and wheat. Still, one of the key local economic statistics released by the Baghel government shows that COVID-19 and the climate have had no impact on farmers as sale of tractors, loaders and small harvesters have reached a record high and have grown by over 17% this year alone.