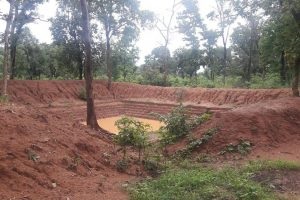 Bhopal: “In my more than two decades as a forest official, this is the first chief minister I have come across who understands contour maps, grids, subsoil water conservation, gabion structure and their importance. He raised so many questions and suggestions during our presentation that we knew immediately we had a backer for our ambitious project,” says V. Sreenivasa Rao, the chief executive officer of the Compensatory Afforestation Fund Management and Planning Authority (CAMPA) in Chhattisgarh.

In just under two years as chief minister, Bhupesh Baghel seems to have achieved spectacular success in at least one area: water conservation and environment planning to regenerate forest areas and contiguous agricultural landholdings.

And it is the least known of Baghel’s efforts, as several precious months have been lost in advertising vague-sounding and even more vaguely implemented schemes like ‘Narwa-Garwa-Ghurwa-Badi’ (canal, cow, manure pit and kitchen garden). It is the conservation of narwa (small, seasonal rivulets) that Baghel wanted the district administration to focus on, as most of them lie in revenue areas. Intriduged by the chief minister’s suggestion, Sreenivasa Rao decided to try and fix the narwa in forest areas. 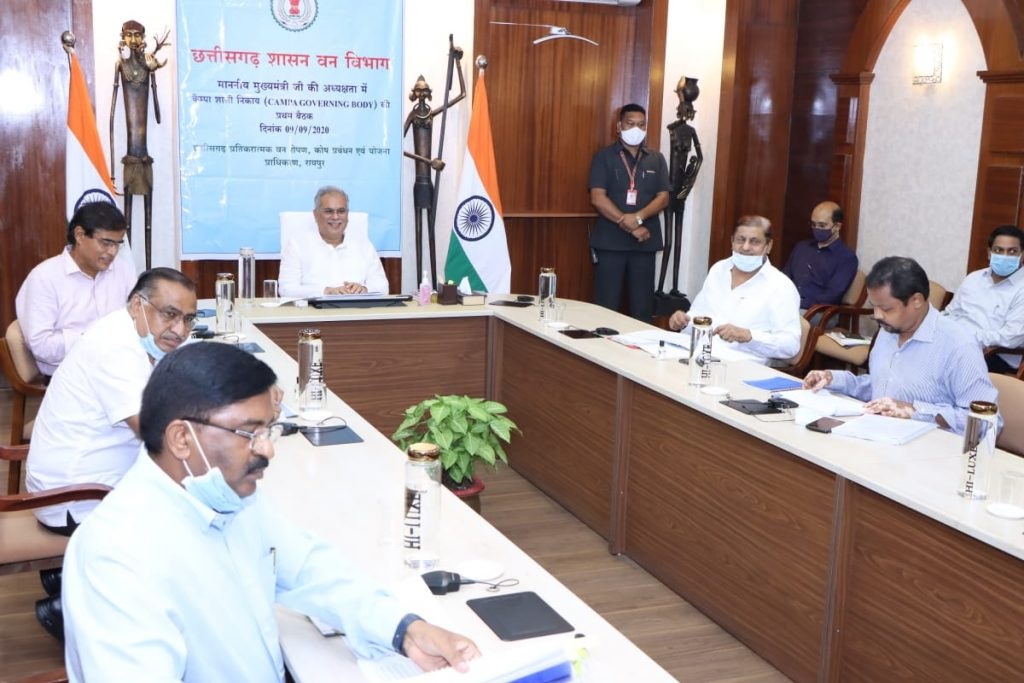 In less than two years, his department has been able to make more than 10 lakh small structures for above-ground and sub-soil water conservation. In the initial phase, 863 nullahs in 137 water-scarce patches across the state were conserved. With a comparatively small budget of Rs 167 crore in the first year, Rao was able to motivate his department officials to spend time in the summer months identifying small rivulets which flow into bigger nullahs, which subsequently feed rivers. And no one is talking about this silent transformation yet because the forest department has a low profile, even in a state which apparently has more than 33% green cover.

The rainwater flows downwards with the contour of the land and results in the erosion of top soil and minerals. These subsequently join several bigger streams, which take the soil and deposit it further downhill. Over the years, small check dams had been made on several hundred nullahs across the state. The top soil and debris carried by seasonal streams deposited silted, making the check dams less efficient. This resulted not just in soil erosion in forest areas and silting downstream, but also in the lack of subsoil water, which had a devastating effect on the trees and led to the depletion of forests itself. 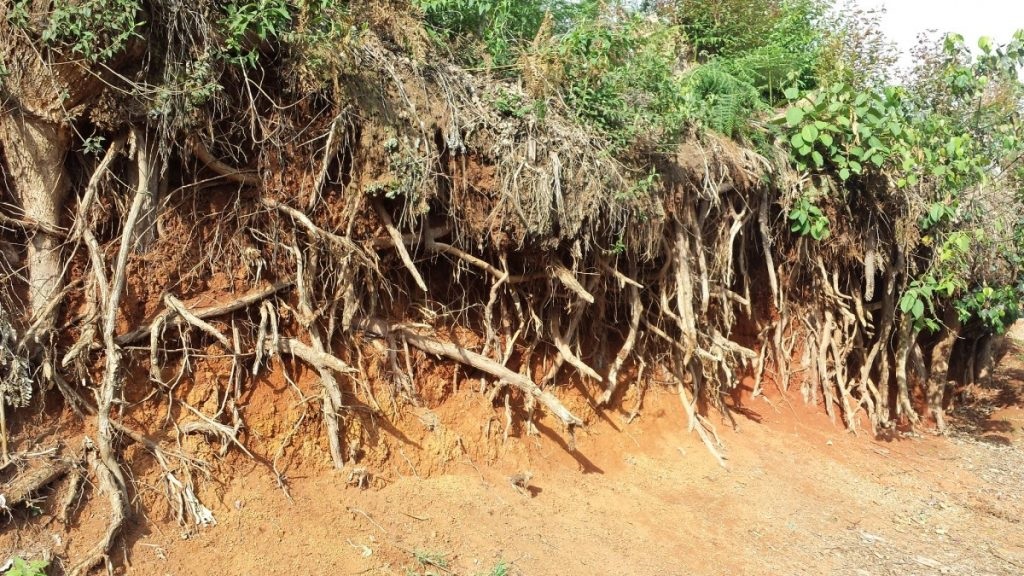 The solution to this lay in studying even the minute details of contour grid maps of the entire state. Rao hired 40 conservation professionals from the private sector and identified officers in his own department who would be able to deliver.

After the identification of conservation areas on the grid, the process is simple but cumbersome. Very small gully plugs and loose boulder check dams, which cost about Rs 1.5 lakh to build, have to be made. The task is enormous as a small forest area of about 20 acres may require more than two dozen gully plugs and loose bolder dams.

The idea is to slow the flow of rainwater and allow it to retain the soil it is carrying underneath before it joins a bigger gabion structure. A gabion is built on a small-size nullah which will initially collect rainwater from about two dozen streams. Again, the process is aimed at slowing down the flow of run-off water before it reaches the bigger nullah. 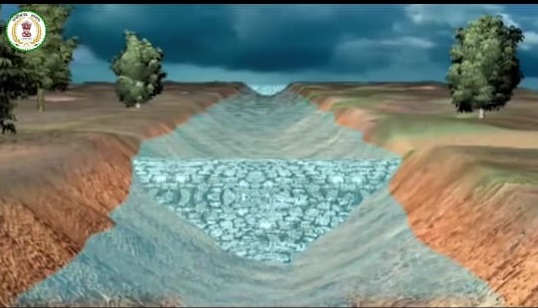 At the bigger nullah, a large CCT structure or a check dam further slows the flow of water before it eventually meets the river. All this accumulation and slowing of water at various stages from the gully to gabion to check dam has a tremendous effect on the subsoil. It retains water for longer, which feeds the trees for longer, preparing them for a harsh summer. It has also led to an increase in ground water levels across several districts like Durg, Rajnandgaon, Kawardha and Gariyaband.

This correspondent has observed first hand both the pre-conservation and post-monsoon results in Gariyaband. Gully checks and gabion structures were laid on the Tonhi nullah near Gariyaband in the summer. After the monsoon, the effect has been tremendous. One can see there is plenty of water retention at all levels. Though the subsoil water can’t be seen, the healthy condition of the trees shows that it has been replenished. The roots which had become exposed after  years of soil erosion have not lost their grip this time and the bark and trunk look healthier. Farmers in the surrounding areas are feeling the difference in their bore wells. The force of water tells them that the level has risen.

More than nine lakh hectares of agriculture land is supposed to benefit from the conservation efforts and so far, 4.5 lakh hectares has already been covered. The state government has increased the Budget modestly to Rs 200 crore this year. Though not everything can be verified on the ground, Rao has meticulously documented the work being done with longitudinal locations and pictures. It will also help determine the progress in the future. 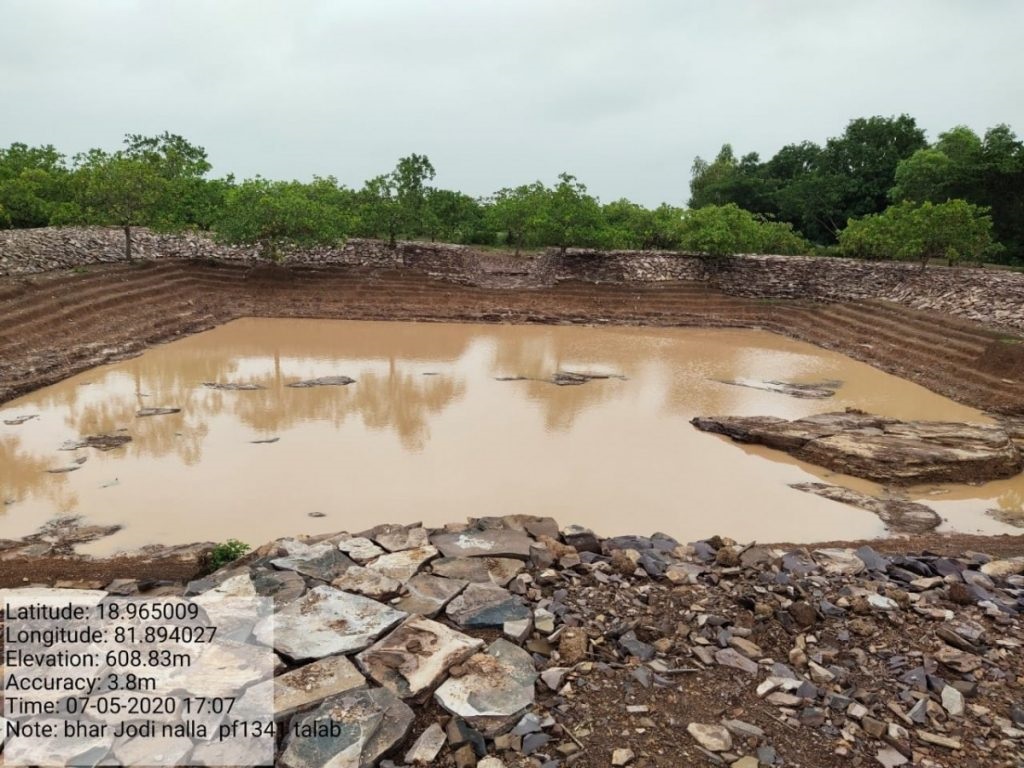 Unfortunately, the forest department’s efforts are not being supplemented by the district administration and rural development departments, which have larger areas to cover. For these departments, the priority is to ensure that the narwas located in revenue areas are not captured by land sharks.

It appears that a lot of work done by these departments – de-siltation of urban water bodies and cleaning of nullahs – has not met with Baghel’s approval. Besides, the forest department and Rao have the unique benefit of working across the state’s geographical, while district administrations have limited vision and plans.

Rao is as low profile as his department and even though he is credited with turning a stone quarry at Mangatta near Rajnandgaon into a resplendent 200-acre national park in five years, he has never claimed any public acclaim for it. Today, wildlife in Mangatta is flourishing, a sharp contrast that is apparent to anyone who visited the place some years ago. The park is abundant with deer, wild boar and rabbits. More importantly, illegal mining and wildlife exploitation have been stopped after the park area was sealed off. 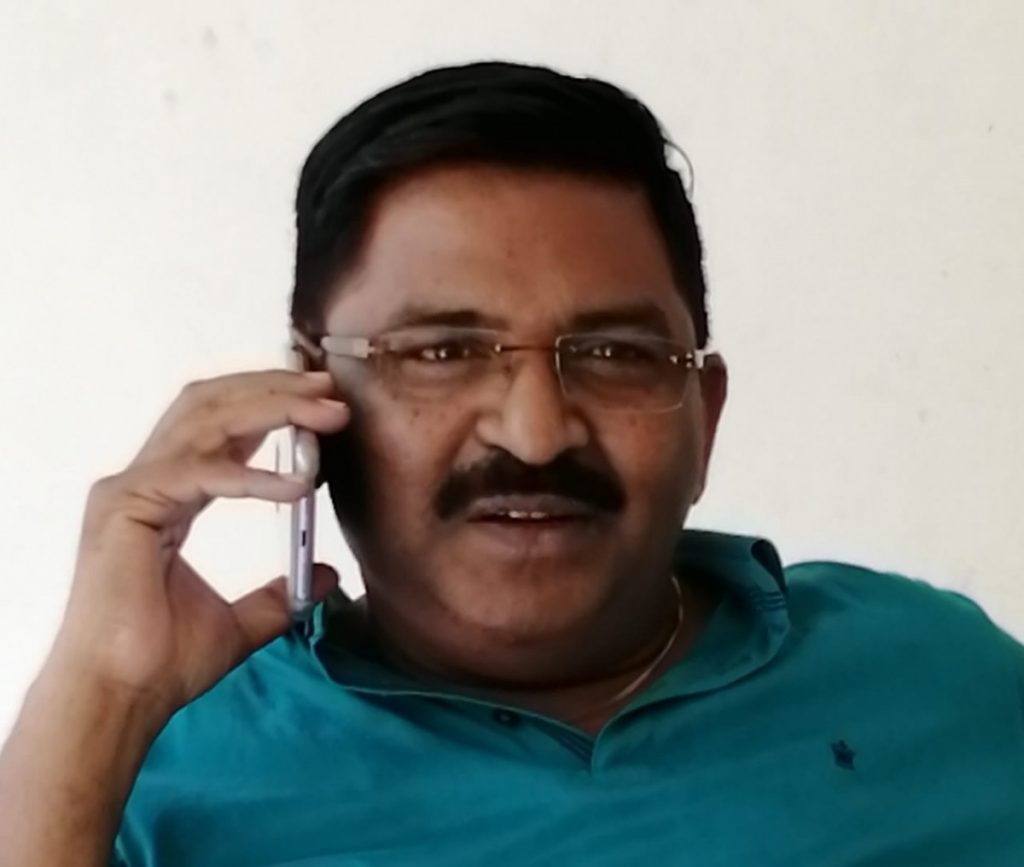 Rao is hopeful that five years of the narwa project will result in a similar, visible difference to the state’s forest wealth and make agriculture easier. His contribution and of course Baghel’s, will be measured and felt much later and for much longer. It may not be of much political benefit in these days of swift, hyperbolic promises, but nobody can argue that there isn’t real progress.