Analysis, Politics - 09-Oct-2020
Chhattisgarh: Ahead of Bypoll, Controversy Over Amit Jogi's Certificate Rears Head Again
The Congress has moved to ensure that the Janta Congress Chhattisgarh president or his wife will not be able to contest from the constituency, which is reserved for members of the ST community.

Bhopal: A crucial byelection in Chhattisgarh will decide whether a third party can survive in the state. The election to the Marwahi assembly seat, which was vacated with the death of former chief minister Ajit Jogi, is slated for November 3. Already, there is reason to believe that the Congress, led by chief minister Bhupesh Baghel, will seek to disallow Jogi’s son and political heir Amit and his wife Richa Jogi from contesting.

Marwahi is a constituency reserved for members of the Scheduled Tribe (SCT) communities. Though Amit was formerly elected as an MLA from the constituency, his ST certificate was cancelled by the Bilaspur collector after Baghel became the chief minister in 2019. Baghel and Jogi had been feuding for over two decades and it is possible that the collector’s action was politically motivated. Amit obtained a stay from the Bilaspur high court and his certificate is still legally valid.

Amit’s battle is a continuation of his father Ajit Jogi’s struggle. The senior Jogi also fought several cases during his career to ‘prove’ his status as a member of the ST community. His certificate had been cancelled several times but he managed to obtain injunctions every time. 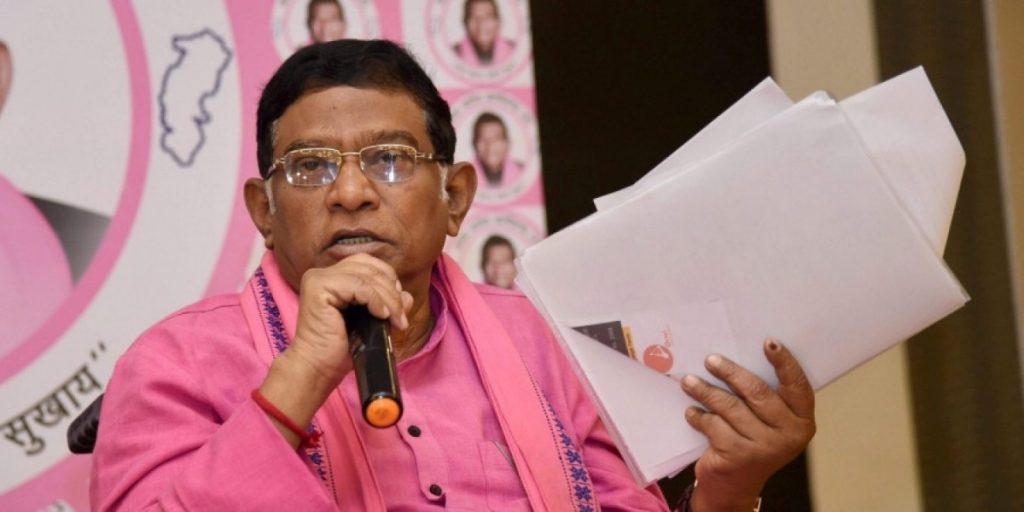 Amit now faces an uphill legal battle in Marwahi. Suspecting that the administration will reject his nomination form, he plans to nominate his wife Richa, who contested from Akaltara, an unreserved constituency, in the 2018 assembly elections and lost.

They have also produced land records belonging to Richa’s family, which suggest that none of their landholdings are registered as tribal land. Her late father was a forest ranger and is believed to have amassed huge wealth but his status as a member of an ST community was never clear. She hails from the Sadhu community, whose ST status is under a cloud.

So the possibility that Richa’s form will also get rejected remains and she has also approached the governor to ask for her help.

According to News18, she said the Congress state government is trying to prevent her and her husband from contesting in the bypoll. “It’s well known that my husband had received a favourable court order on caste row in the past, and that we are from a tribal family,” she said.

Her brother Rishabh Sadhu appeared before the Caste Certificate Investigation Committee in Mungeli district on Thursday, according to News18. He said the family did not receive any show-cause notice to prove their ST status. He was given time until October 12 to furnish the necessary documents to ‘prove’ their status.

The BJP silence on the matter is conspicuous, given that the whole imbroglio over Jogi’s status was started by the saffron party when Jogi was the chief minister 20 years ago. BJP leaders Dilip Singh Bhuria and Nand Kumar Sai, who was the chairman of the National Commission for Scheduled Tribes, had declared Jogi not to be a member of an ST community twice. However, former chief minister Raman Singh or the party’s state president Vishnudeo Sai have said nothing so far on Amit’s status. The party seems to have left it to Baghel to take the issue forward.

In the bypolls to the Marwahi constituency, the BJP has chosen to junk its past candidate Samira Paikra in favour of Dr Gambhir Singh, who practises medicine in Raipur.

The Congress is still undecided as it actually has no suitable candidate to contest in a constituency where the Jogis have a long history of electoral success. Recently, the Baghel government carved out Gaurella-Pendra-Marwahi as a separate district from Bilaspur and placed a collector there. Baghel feels that the areas require greater focus, accusing the Jogi’s of deliberately ignoring the region and preventing development to establish greater control over the people.

It is believed that Amit can win not just this election in Marwahi but also ensuing ones with ease. He heads the Janta Congress Chhattisgarh and his six MLAs have stood by him despite rumours of some of them joining the Congress. Some Congressmen have also been trying to convince Amit to rejoin the party after he expressed faith in Sonia Gandhi’s leadership.

Either way, the bottom line is that both the Congress and the BJP do not want a third force to remain in the state. If the state’s electoral politics remains a binary in nature, then both the parties and their MLAs continue to benefit. Amit Jogi stands in the way of this comfortable arrangement.